Unlike some of the other communities in Delaware, Ocean View has been an incorporated municipality for less than 150 years. Prior to its incorporation in 1889, the town served as a small trading post that provided goods and equipment to the farmers and fishermen in the area. During the early 20th century, the area was a productive poultry-producing node and provided fresh meat to many markets in the Northeast and Mid-Atlantic. In 1923, it became the self-proclaimed birthplace of the “broiler chicken,” a now-ubiquitous breed. These days, Ocean View serves as a vacation community as well as a small suburb of nearby Bethany Beach.

Ocean View is located in the southeastern corner of Delaware. It’s part of Sussex County and boasts strong ties to larger towns like Bethany Beach and Rehoboth Beach. While it’s not technically adjacent to the Atlantic Ocean, it does border a major inlet known as Indian River Bay. Despite its small size, Ocean View is close to major transportation thoroughfares like Delaware Highways 1 and 26 as well as U.S. Highway 113. Physically, the city’s landscape is defined by flat, sandy expanses of meadow and forest. Its neighborhoods are medium-density affairs and were largely built out after World War II.

Ocean View has a population of just under 2,000 citizens. Thanks to its proximity to the Atlantic Ocean, the area is a well-known haven for retirees, second-homeowners and snowbirds who move here to escape the harsher winters of inland cities like Cleveland, Pittsburgh and Cincinnati. However, Ocean View does have a notable contingent of longtime residents who can trace their family histories back to the 19th century. As the city grows, many of these residents have been crowded out by rising land prices.

Things to Do in Ocean View, Delaware

Ocean View is defined by its proximity to the Atlantic Ocean. Beach-goers can relax or recreate on the broad beaches of nearby Bethany Beach, and boaters enjoy easy access to the calm waters of Indian River Bay as well as the open waters of the Atlantic. In the inlet that runs near the town’s center, robust colonies of ocean fish willingly give themselves up for skilled fishermen. To the south, bird-watchers and botanists can check out the Assawoman Bay State Wildlife Area. Meanwhile, Delaware Seashore State Park occupies a beautiful spit of land between the Intracoastal Waterway and the open waters of the ocean.

Ocean View has an oceanic climate that’s heavily influenced by the presence of the Gulf Stream as well as the weather systems that move across the North American continent. During the winter, its weather is generally cool and occasionally icy. The transitional seasons bring breezy, often mild weather that’s occasionally interrupted by rainstorms and thunderstorms. Summers tend to be hot and humid, but onshore breezes provide welcome relief during the hottest spells. The growing season stretches from late March through late November.

For more than 40 years, Custom Mechanical has helped residents in Ocean View purchase and install top-notch HVAC systems for structures and rooms of all sizes. The company’s technician team has the tools to complete emergency air conditioning service jobs, installations, repairs, historic-building retrofits and many other tasks. Custom Mechanical’s professionals are available on a 24-hour basis and offer top-notch maintenance agreements for customers who want to prevent unnecessary equipment breakdowns. They’re also capable of performing value-added services like air quality audits and energy loss evaluations. 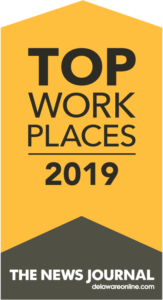